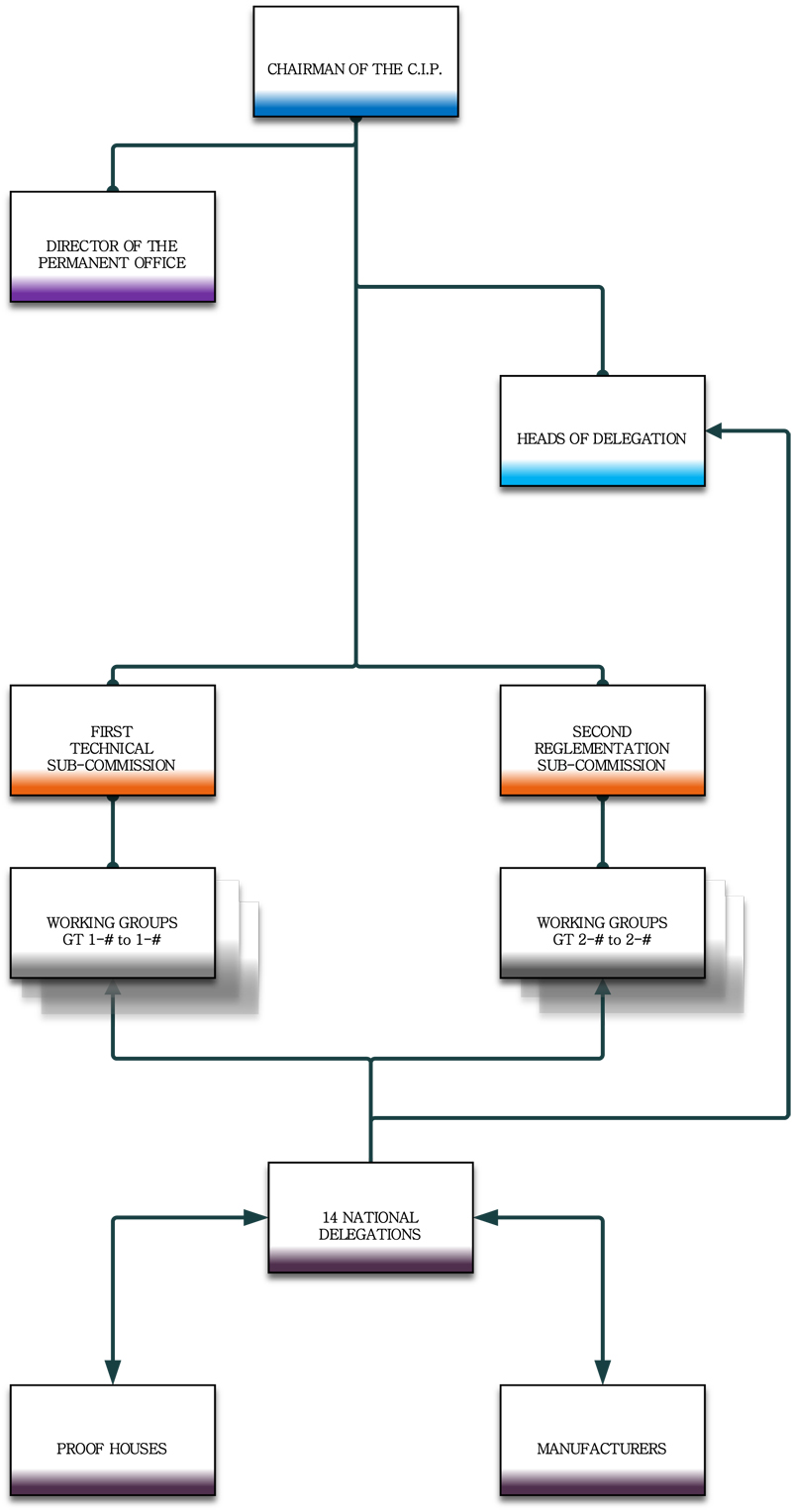 Fourteen countries (Germany, Austria, Belgium, Chile, the United Arab Emirates (UAE), Spain, the Russian Federation, Finland, France, Hungary, Italy, the Czech Republic, the United Kingdom of Great Britain and Northern Ireland, and Slovakia) are members of the Permanent International Committee for the Proof of Small Arms (C.I.P.). The signatory states to the Convention undertake to recognise each other's Proof Marks and to implement C.I.P. Decisions in legal form (decree, ministerial order, law .... etc.) The Belgian Government is the Treaty Holder for the Convention.

There must be at least one Proof House in each Member State (= one of the conditions for adhesion to the C.I.P.). The Proof House proves weapons and grants type approval (homologation) for those ammunition Lots being introduced into the market or destined for export. An Approval Certificate is issued for this Type Approval (Homologation) - provisional until or unless approved in the Plenary Session. In some countries there are two or more Proof Houses.

After a Plenary Session, Working Groups (GT) are set up at the onset of either technical problems or those of a regulatory or legislative nature. The effective management of a GT (convening meetings, agendas, minutes) is provided by means of a Rapporteur, who reports during the meetings of the Sub Commissions on the work done by the GT. The Plenary Session also ratifies new calibres or revised calibres by means of the Tables of Chamber and Cartridge Dimensions (TDCC).

In principle Plenary Sessions are organised every TWO years by the country providing the (rotating) Chairman of the C.I.P.. Draft Decisions (or Recommendations, or Notes for Information or Definitions) are tabled there to be voted upon by (Heads of) Delegations. This is a majority vote (although the aim is always to achieve a consensus by means of a series of earlier meetings of Heads of Delegations), and countries have at their disposal a right of veto that must be exercised within SIX months of the official diplomatic notification of the Decisions by the SFP (Federal Public Service) of the Kingdom of Belgium to the other C.I.P. Member States. At the end of this period C.I.P. Decisions are published in the "Grey Book" and then consolidated into the CD ROM.